Skip to content
Blog / RIR / 10 things to do in London

10 things to do in London 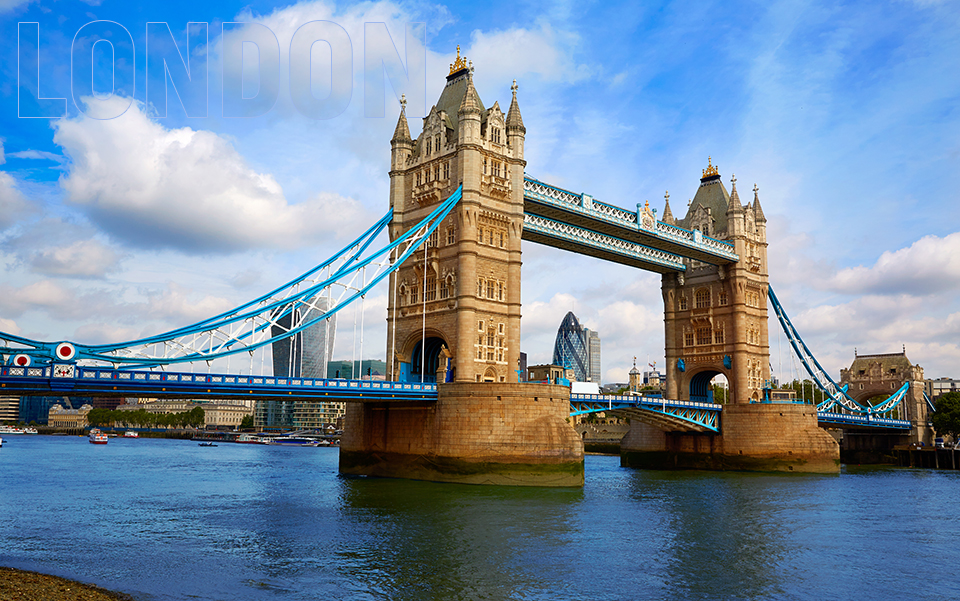 London is the most densely populated city in the EU, embracing extreme diversity and colour. Each of London’s districts is like an individual country. It is believed that the residents of UK’s foggy capital speak 300 languages. Most buildings in London city is less than 10 storeys in height, therefore its total area has expanded to amazing proportions. London is the home of some 80 parks, 160 museums, 100 theatres, 4 international airports and 8 railway stations.

There is a reason London city is commonly referred to as “the pride of the crown”. The city offers an abundance of opportunities for experiences you will remember all your life.

RIR’s team compiled a list of 10 landmark and interesting entertainment options that can answer the question what to do in London. We will start with places to visit.

London city is world renowned for its amazing musicals – almost one in two tourists in the city visit at least one such performance. Each musical is staged in a certain theatre in the West End area. If you want to enjoy some of these amazing spectacles, here are a few to choose from: Mamma Mia, Les Miserables, Matilda, Aladdin, Wicked, 42nd street, the Lion King, and The Book of Mormon.

According to official reports, there are over 7,000 pubs in London. And believe us – there is nothing better than a cold beer after a long day at work. If you’re not sure what beer to choose, bear in mind that in the UK it is normal to ask to taste a beer before you order it. We recommend the traditional English beers – ale or porter.

3. A walk around Westminster

This is the political heart of London, home of the parliament building and the world famous Big Ben. It is also the home of the Westminster Abbey, which is open for visitors on most days of the week.

The Westminster Abbey is the popular name of Collegiate Church of St Peter at Westminster. Since 1066, it has been a traditional place for coronations and burial site for the English, and later the British monarchs.

Almost every tourist doesn’t leave London before making a selfie with the Big Ben in the background. The best spots to take a shot of the London landmark are from the other shore of the Thames river, from the Westminster Quay or from the Parliament square in front of the monument of Winston Churchill.

4. Have you heard of London’s amazing parks?

After visiting a museum or a gallery, you will probably feel like taking a short break. The best place to “hide” from the crowd is the landmark London Hyde Park situated right next to all popular museums of London.

It is one of a total of eight royal parks and a real oasis in the heart of the city jungle. Hyde Park is a frequent home to London events and concerts, but also boasts peaceful little corners where you can just relax or have a picnic. The Serpentine Lake with its swans is another emblematic place in London city. While in the park, you can visit the memorial fountain of Diana, princess of Wales, which was opened by the Qeen in 2004. In the warm months, it is a favourite spot for both children and adults! You can dip your feet in it, but you are not allowed to walk or run in the fountain.

In Hyde Park’s Speakers’ Corner anyone can share their ideas or even make a confession from the tribune. This is the place where famous people such as George Orwell and Marcus Garvey have delivered some of their speeches.

Its construction started in 1078 during the ruling of William the Conqueror. Today, the Tower of London is one of the most famous fortresses in the world. Here, you can see the jewels of the crown, the Medieval Castel and the notorious Bloody Tower.

Tower Bridge is a combined bascule and suspension bridge in London. It is situated over the Thames river, near the Tower of London, which is where it got its name from. It consists of two towers, connected by two horizontal walkways.

No visit to the UK capital would be complete, if you don’t take a shot in front of the Eye and take a ride. The 137-m high observation wheel has 32 passenger capsules, each able to hold 25 people. It was built to celebrate the new millennium and has gradually become one of London’s symbols.

London is the city offering the greatest variety of free attractions – museums and landmarks.

Monet’s “Water Lillies”, Van Gogh’s “Sunflowers “, Leonardo’s “Madonna of the Rocks”, Rubens’ “The Judgment of Paris”, Raphael’s “Madonna of the Carnation” – with such list of masterpieces London’s National Gallery hardly needs any advertising. The museum is situated in the heart of London. Right opposite to its main entrance, you can find another landmark – Nelson’s Column.

London’s Natural History Museum is an important site of Darwinism (by the way, some of the exhibits there were collected personally by Charles Darwin). Dozens of millions of items, collections of minerals and butterflies, fossils and planets, a life size model of the blue whale – you can find all this here.

If you enjoyed visiting the Hermitage, make sure to spare a whole day (and sometimes even two) to spend in the British Museum. The most visited museum in London is also one of the biggest museums in the world. It is the home of unique exhibits from all over the world – from the Rosetta Stone and the Diamond Sutra to giant statues of the Easter Islands and engravings by Goya.

Madame Tussauds is a wax museum founded by wax sculptor Marie Tusseaud. It has branches in several cities around the world. The London-based Madame Tussaud is home to over 300 statues of VIPs, a 4D movie featuring Marvel’s characters, and an interactive taxi tour around London.

9. On the traces of London’s heroes! Culture

King Cross is one of the busiest spots in the city. If you go there, you are likely to meet scores of students who have come here to see the place where Harry Potter started his journey to Hogwarts.

One of the key places in London is Baker Street, known mainly as the street where Arthur Conan Doyle’s scandalous detective Sherlock Holmes used to live. Today, you can find a Sherlock Holmes museum here.

Notting Hill is a London district that has become a synonym of the city’s colourful and interesting life. Today, the street where famous writer George Orwell once lived, is vivid, full of life and good mood. Notting Hill enjoys huge popularity among London’s tourists largely due to the Notting Hill movie. The emblematic film starring Hugh Grant and Julia Roberts does turn the small neighborhood into an international hit.

We should not forget that this is Englind – the land of soccer. If you can, you should visit one of the matches of Arsenal, Chelsie, Tottenham or some of the smaller clubs in the city.

Make sure to take a look at our new amazing jobs in London!