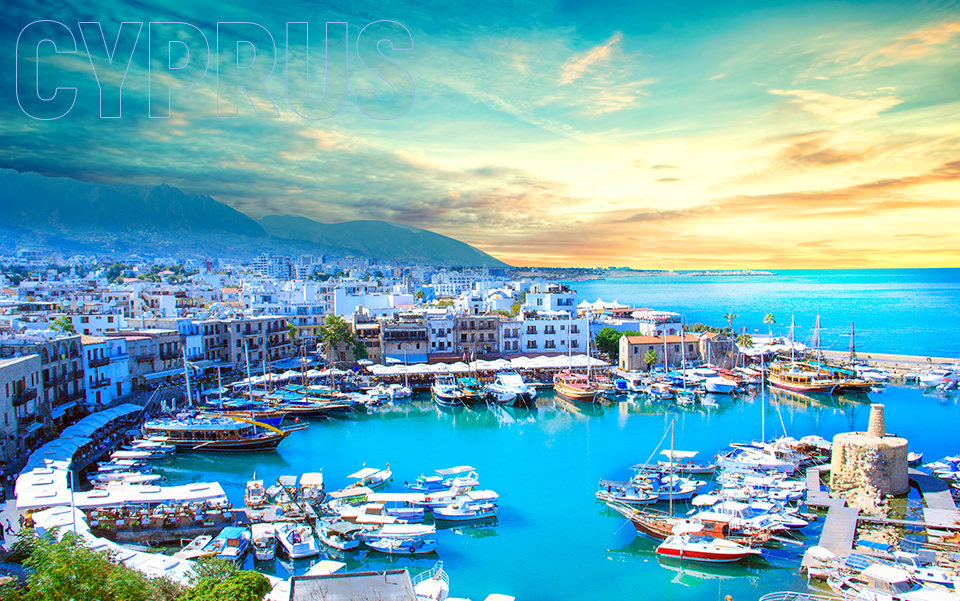 After Sicily and Sardinia, Cyprus is the third largest island in the Mediterranean. Situated in the easternmost part of the sea, geographically the island belongs to Asia Minor, while culturally it serves as a bridge between Eastern and Western civilizations. The terrain of the island is diverse, dominated by the two mountain chains – North and South Trodos, parted by a hilly district in the middle. The climate, as well as the fauna, are typical for the region – sub-tropical, with predominantly sunny weather all year round. In this sense, Cyprus together with the Canary Islands are the places with the best climate in the world.

Since 2004 Cyprus has been a member of the European Union. Official languages are Greek and Turkish. Considering the island was part of the Commonwealth for thirty five years until 1960, English is also widely used, making it an unofficial third language in the country. Left hand traffic, the habit of early dinners, the love for golf, and pubs – these are all inherited from the long British presence on the island. It is no wonder that some refer to Cyprus as the “The Little Britain”.

Cyprus means not only beautiful nature, sun, air, and sea; the island’s history spans over nine millennia. During this time, its people survived through a lot: the small island was a scene to the “love-and-hate” relationship between Greeks and Egyptians, the lengthy Ottoman reign, was subject to Venetian raids in the 16th century, as well as to years of British colonialism – no wonder that this land had spawned numerous myths of heroisms since ancient times.

Famed as the birthplace of the legendary Greek goddess of love, Aphrodite, Cyprus is naturally a preferred romantic destination. Given birth by the sea foam off the coast of Paphos (a small town in the vicinity of Limassol), Aphrodite – which Romans called Venus – emerged from the waves in a giant seashell at the rocks of Petra tou Romiou.

This is also the place where one of the greatest love stories of all time began – the story of Anthony and Cleopatra. After their controversial wedding, Anthony was so keen to express his eternal love for the beautiful Egyptian queen that he decided to give her the island as a gift, worthy of her unearthly beauty.

After Nicosia, the largest cities in Cyprus are Limassol, and Larnaca and Paphos, where the two international airports on the island are situated.

Larnaca is a city rich in historical landmarks, including an orthodox temple dedicated to apostle Lazarus (patron of the city), a Byzantium church whose name translates as “Built by Angels”, as well as the mosque Halla Sultan that had been constructed on the site of a meteorite impact and regarded as the third most important mosque in the Muslim world after the ones in Mecca and Medina.

For the past ten years Cyprus has been awarded “the country with the cleanest water in Europe”. It received this recognition by the European Environment Agency based on the 100% unpolluted waters around the island. Sunrise Beach, Makronissos Beach, and Blue Lagoon are the beaches with the most crystal clear water on the island.