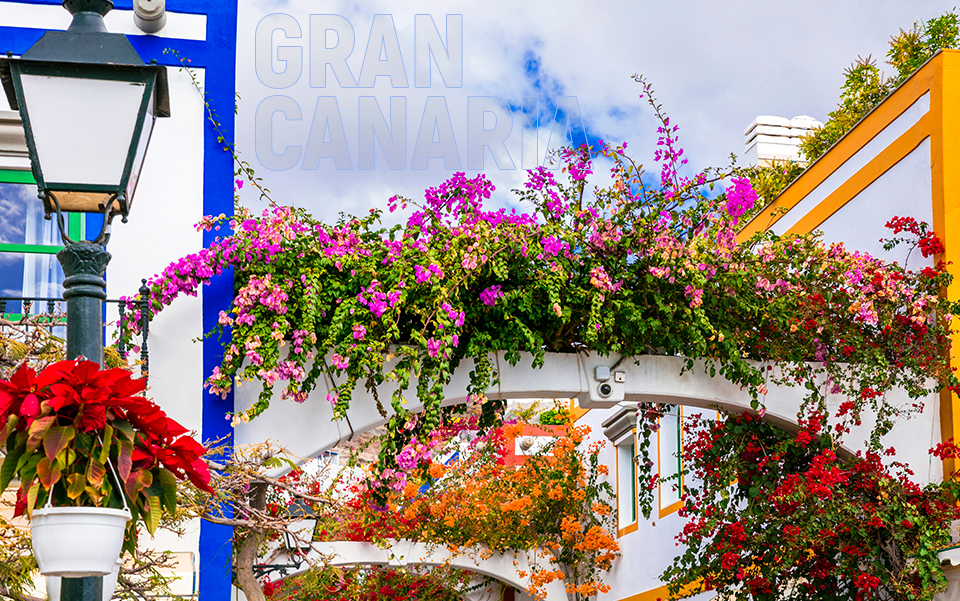 Over one thousand miles south of the Iberian Peninsula and just sixty miles off the shores of Africa, on the Tropic of Cancer lie thirteen islands. Referred to by ancient Romans as “the islands of the happy”, today this archipelago is known as the Canary Islands.

One can find proof of the volcanic origins of the islands everywhere: there are countless fields of solidified lava, fertile volcanic soils, and steep craters of extinct volcanos. Speaking about craters, the one called La Caldera, situated on the island of Palma, is the deepest volcanic crater in the world – from its rocky rim to the bottom there are over two kilometers.

The Islands are an autonomous Spanish territory and are easily accessible by flight from most major European cities. EU’s harmonized VAT regulations do not apply here, however, since taxation policy is a prerogative of the national and local Canary authorities. This means that many goods such as alcohol, cosmetic products, and electronics are not subject to VAT. Yes, here one can buy a bottle of Canary rum for little over 4 Euros, whereas an original pair of Ray Ban shades is as cheap as 50 Euro!

Gran Canaria is the second most populated island in the archipelago after Tenerife. Also known as “a continent in miniature”, Gran Canaria boasts numerous white and black sand beaches, lagoons, inlets, sand dunes, and mountains, as well as a lustrous tropical flora. It is a former volcano, 47 kilometers in width and 55 km long. With its population of almost four hundred thousand people, Gran Canaria’s capital, Las Palmas, is acknowledged as the biggest EU city situated outside the European continent. Most of its citizens are emigrants, coming from Europe and the Mediterranean region.

The story about the origins of its name – Gran Canaria – is quite interesting. All starts with a breed of endemic dogs called canis, which were used by the first inhabitants of the isles, the Guanche tribes, for food. Spanish sailors also called the archipelago “The Islands of Prosperity” or “The Happiness Islands”.

Climate in Gran Canaria is one of the best in the world, with over 330 sunny days throughout the year and pleasantly warm temperatures not exceeding 30°C during the summer or 25°C in winter.

In the capital Las Palmas one could visit Christopher Columbus’s house “Casa de Colon”; the famed seafarer had lived on the island before his first expedition to the Americas. One of the biggest tourist attractions in Gran Canaria is situated in the south of the island- the Maspalomas Dune nature reserve, protected by UNESCO. Besides having perfect conditions for recreational, cultural and wildlife tourism, Gran Canaria is preferred by many as a shopping destination due to its duty-free zone status.

Las Palmas is home to numerous theatres, cinema halls and an opera; it is also a venue for regular big concert events and dance festivals. The city hosts the Canary Islands Annual Music Festival, as well as an International Movie Festival. Las Palmas’ Carnival is famous all over the world and is one of the biggest tourist attractions on the island.

In 2017 TripAdvisor has placed Las Palmas de Gran Canaria among the “rising” tourist destinations for the year, presenting the year-round charm of the city with its magnificent beaches, palm trees, and fine golden sands.