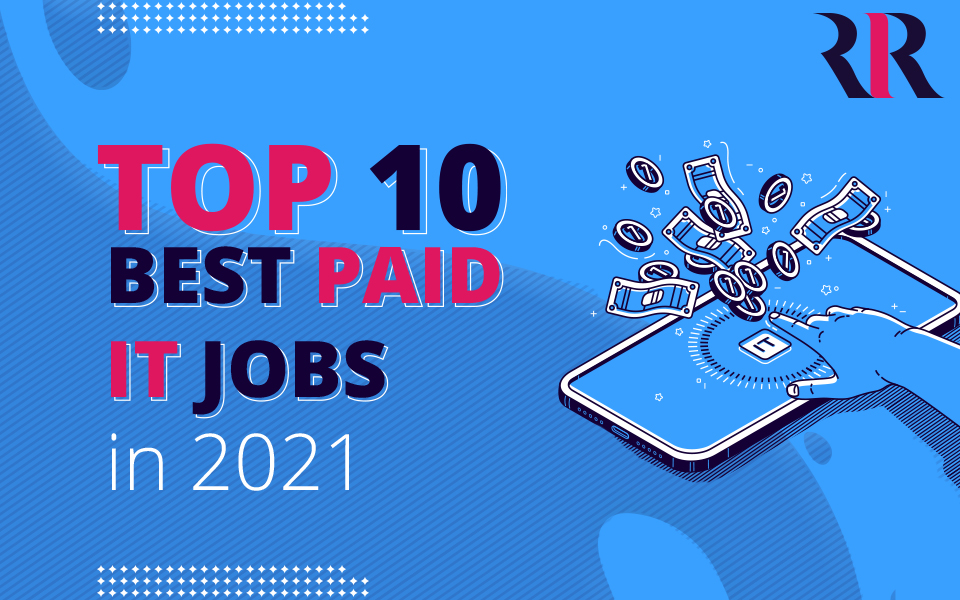 The IT industry is the fastest developing sector of the economy. IT experts are usually paid much better than the average salary in all countries around the world. Furthermore, the same position in an IT company usually pays up to two times higher than in a traditional business operating in other industries. The salaries of skilled and experienced experts in IT are five to 10 times higher on average than in other business sectors.

However, IT, just like any other industry, has its ups and downs. Some digital businesses and professions have been around for over 20 years, and there are enough experts available to meet demand. Others, however, are relatively new, and specialists in them are highly valued. Respectively, their paychecks are often impressive. This is our list of the highest-paid IT jobs in 2021.

DevOps is a relatively young development strategy that bridges the gap between software development and IT operations. As such, DevOps engineers sit in between development and deployment, making sure that everything is geared towards releasing updates as efficiently as possible. Ultimately, it’s about collaboration and removing barriers to it.

IT crime has been growing exponentially in parallel with the massive penetration of digital technologies in all fields of life and business: website hacker attacks, data and money theft, ransom attacks, and so on. A cybersecurity expert is charged with preventing all this. Their job is to implement all sorts of technical tools to protect, seek out vulnerabilities, and train a company’s staff to avoid actions that may expose their digital and financial assets to risk.

According to forecasts by IDC, by 2025 the amount of information available globally will increase fivefold from its 2018 levels. This means that experts who analyze data will be in growing demand.

Big Data analysis allows humankind to make new scientific discoveries in absolutely all fields and improve the efficiency of business operation, which in turn brings higher profits and new revenue sources, as well as better customer service and productivity.

Python has continuously made into the world’s s Top 5 most popular coding languages. The reason – it is applicable in many different areas and is relatively easy to learn. Python is used in web development, software development, mobile apps, and even games. However, it is predominantly used for the automation of various tasks in system administration and scientific research and data science.

A UX/UI designer is responsible for ensuring a website or app is easy to use and pleasing to the eye. A good design brings higher sales and adds value to a company’s products and services; therefore a good UX/UI designer is always a valuable asset.

Software developers are traditionally among the highest-paid IT experts. Some languages and technologies are in higher demand than others and respectively get better paychecks. But the money is always good.

The market of mobile apps is constantly expanding. In five years, the number of mobile app installations globally has grown by 46%, while the time people spend on mobile apps has increased by 35%. Meanwhile, the money spent through mobile apps has jumped twofold. According to analysts, this upward trend will continue in the coming five years. Therefore, the demand for Mobile App developers will stay high, as well.

A Frontend Developer is charged with creating the interface of software programmes. All you see on the screen of your devices is the work of front-end developers. Their job is to make sure all the buttons on the website or app you are using work properly.

Java has consistently been on the global Top 5 of the most popular coding languages. It is used in all fields of programming but is particularly popular for developing corporate software and systems, games, and mobile apps.

As you can see, opportunities to earn high paychecks, impressive bonuses and lavish perks in the IT industry are abundant. But there is a catch – if you want to be successful in one of the top-paid IT jobs for 2021, you should dedicate a lot of time and effort to gaining the skills and knowledge it takes, and continue to improve your qualifications constantly.